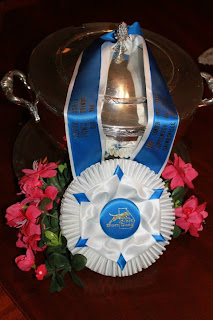 Well, lordy be...she did win after all...what you know!  You've got to buy the ticket, enter the race for you never, never know what is going to happen.

Lily, our "mini" Lab, the runt of a litter of 13 (!) lab/chow mix puppies, today, on her very first competition, won her class bringing  home First Price in the Juniors of the Dixie Dock Diving Dog Competition at the Lake Lanier Pet Fest.  We are so proud of her! 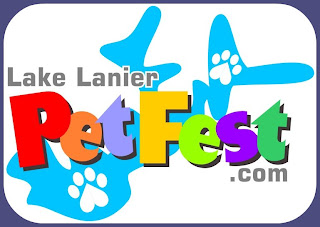 You will recall my post a few days ago, telling you about the competition and giving you a a joking low down of our family contestants. Never in my wildest dream...  The good thing was she progressed from the beginning, each time adding one or two feet, starting with 11 feet the first day and finishing with a winning dive of 16 ft!!!  No one in her group came anywhere near that jump. I know this all sounds terribly silly but its nice to see the underdog come in from behind!

We are hanging her ribbon over my bridge trophy which was as unexpected as hers! 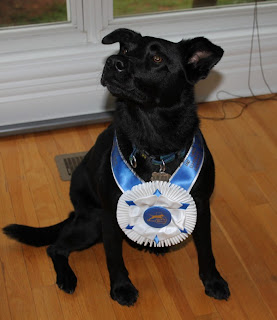 Here are some pictures of the first day which was hot and miserable.  I had a toothache, had taken my meds, and Lucy was the worst I've ever seen her, wanting to get in on Lily's day no matter what.  We were not happy campers, to say the least, so I did not make it to day 2 and did not see the final jump.  Sunday was a miserable soggy day and I had a lunch to attend for my grandson.  Truthfully, I did not think she had a chance...   but someone else did...

Here's what Lily's mother wrote on her Facebook page:

Lily is a NATURAL! I knew it the day she started jumping off our dock on Lake Lanier. I entered her into two waves of competition at the Dixie Dock Dogs event at the Lake Lanier Pet Fest.


Well I was right. Lily pushed it again and again. first jump around 9 feet. I think her second jump was about 11 feet, third ten feet, fourth 13 feet 6 inches! this put her in the junior finals (divisions are split into ranges of distance.)


We woke Sunday morning to TORRENTIAL rain here in Northern GA. But Lily and I took a chance and drove up to Gainesville to see if the finals were still on. And they were... Lily's first jump was 14'3"... her second... are you ready for this... 16 feet!!!!! she WON!!! First place in the Junior finals! I am SO proud of her I could bust! 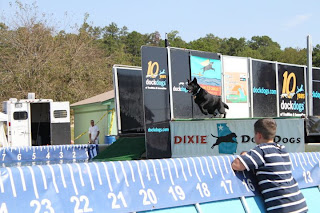 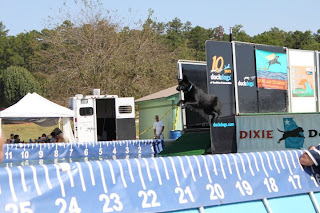 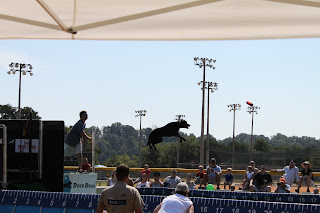 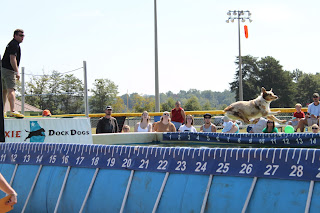 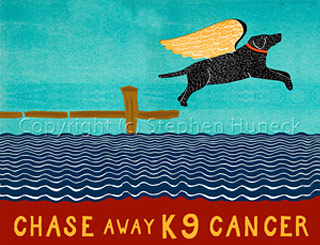 Lily is donating her winnings to the Hall County Animal Shelter (seriously, she won $75!)
sponsors of the Lake Lanier Pet Fest
Posted by lindaraxa at 8:29 PM