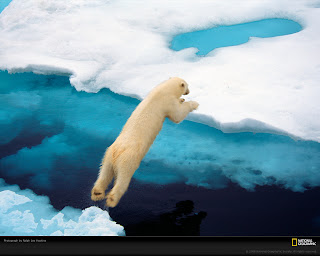 13 years ago a Canadian tradition moved south to Lake Lanier. The Lake Lanier Canoe and Kayak Club started with a Canadian coach Tony Hall who thought it would be fun to copy the real Canadian Polar Bear Plunge, where people cut a hole in the ice and jump through.

The next installment of the Polar Bear Swim is at 2 p.m. on January 1 and is being held at the Olympic Venue at Clarks Bridge Park .

The event is a fun way to start the year but is also a fund raiser for the Lanier Canoe and Kayak Club . The event raises several thousand dollars each year to pay the club's bills and support young athletes.

Gainesville's Polar Bear Swim has been held in a variety of weather over the years. Sometimes temperatures have been warm and around 60, while other times more normal, in the 40s and 50s. One year when there was actually a thin layer of ice on the lake when it came time to jump.