Day Trips - Have You Been To Serenbe?

Serenbe is a 1,000 acre community located under 30 minutes from Atlanta’s Hartsfield-Jackson
International Airport. It is a national model for the future of balanced development in the U.S.—
focusing on land preservation, agriculture, energy efficiency, green building, walkability, high density
building, arts and culture, and community living for multiple generations. 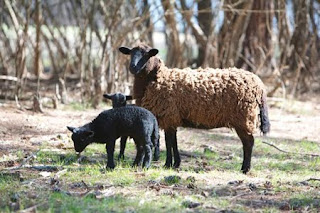 Serenbe was the first hamlet built in Chattahoochee Hills, a 40,000 acre city with an overlay plan that
calls for preservation of a minimum of 70% of the acreage. Serenbe’s founders, Steve & Marie Nygren
and Rawson Haverty, have created an urban model promoting walkability and community living, with private residential homes (currently, approximately 170 residents), commercial space, art galleries, original shops, stables, and a 20-room inn with conference facilities. Serenbe has devoted 30 acres to farming—the Serenbe Farm is certified organic and biodynamic with a thriving CSA program and Saturday markets. 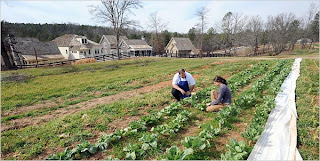 Serenbe defies easy description, and is perhaps best understood through the story of its creation. In 1991, Steve and Marie Nygren, an Atlanta couple with deep roots in the city’s culinary life, bought a 60-acre parcel, with its 1905 farmhouse and rolling terrain, as a weekend home. Mrs. Nygren christened the place Serenbe, because it was such a serene place to be.Five years later, the Nygrens had converted the farmhouse into a bed-and-breakfast, and begun a series of additions and improvements. The barn became a guesthouse, and several tin-roofed cottages were restored into romantic hideaways. There are now 19 guest rooms in different configurations. 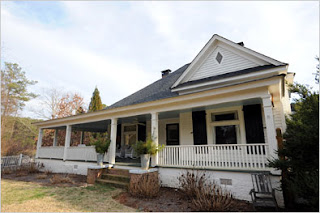 
They planted a garden thick with tomatoes and zucchini, and dug a pair of swimming pools, along with a fishing pond. They populated the property with llamas and donkeys and rabbits and goats, and added a croquet lawn, an open-air pavilion for weddings, miles of hiking trails and a labyrinth made of stones cleared from the organic fields. 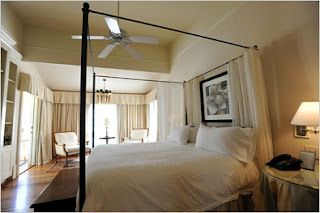 A room at the Inn

The spacious rooms at the Inn at Serenbe, in the main house or the cottages, are simple and fresh, with cushiony beds that insist that you sleep. The Nygrens serve an afternoon tea, and guests are invited to help feed the animals on Saturday mornings, to gather around a lakeside bonfire on Saturday nights, and to take a hay ride on Sunday mornings.

The community is home to three thriving restaurants—Blue Eyed Daisy Bakeshop (the nation’s smallest Silver LEED certified building), The Farmhouse (which has received national critical acclaim in Gourmet and Bon Appetit magazines, and is consistently featured in local publications), and The Hil (owned by executive chef Hilary White, and has received national critical acclaim in Food and Wine magazine, and was named a Best New Restaurant by Atlanta Magazine and the Atlanta Journal Constitution). 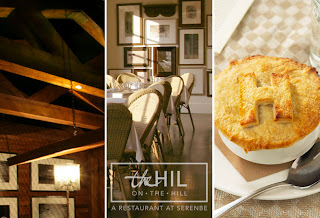 On Thursday through Saturday nights, The Farmhouse serves a weekly-changing menu, determined by Marie and her daughter Garnie Nygren (who serves as Director of Operations for Serenbe). Dinner features a small, seasonal a la carte menu with appetizer, entrée and dessert options. “Fried Chicken Sundays” have become a beloved tradition at The Farmhouse — patrons often comment that the Farmhouse’s fried chicken is the “best they’ve ever had” and “true, southern fried chicken). It is served with seasonal sides with a dessert option.

The Farmhouse has a full bar with “two for one” happy hours Thursday – Saturday, 4 – 6 p.m. 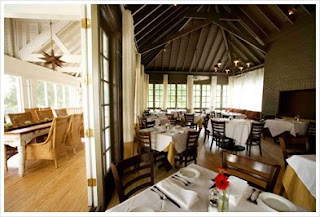 Serenbe is also a cultural venue for neighbors and out-of-town visitors, providing free events
throughout the year such as a MayDay celebration, July 4th parade, concerts, artist bazaar, farm
tours, visiting artists and scholars, and lectures with local historians. In 2009, the New York Times
dubbed Serenbe a “Sonoma for the New South.”

For directions on how to get there click here
Posted by lindaraxa at 4:08 PM