With Lake Lanier, Be Careful What You Wish For 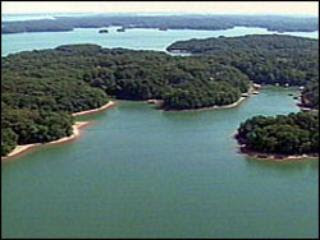 LAKE LANIER, Ga. -- When it comes to Lake Lanier, be careful what you wish for.

In a breathtaking turn of circumstances, Metro Atlanta's primary water source reached full pool on Wednesday for the first time in four years. But that might be too much too soon.

Not only is Lake Lanier at full pool -- actually slightly above full pool -- but also it is a good bit above where it usually is in October.

"We're probably five to six feet or so above our historical elevations for this time of year," said Timothy Rainey, of the Army Corps of Engineers at Lake Lanier.

Part of the Army Corps of Engineers' mission in managing Lake Lanier is flood control.

This is how the Chattahoochee River is now -- during what is supposed to be the driest time of the years. With Lanier already at full pool, the Army Corps faces a challenge, as we head into the winter and then the spring -- the wettest time of the year.

In normal times, the Corps would be able to get Lanier ready for the rains of the spring refill season.

"Spring refill time is usually between February and March," said Rainey. "So we'd attempt to take the reservoir down in anticipation of the spring refill period."

The Corps' Lanier management plan calls for the lake to be a foot and a quarter lower by December first than it is now.

"We'll have to do releases to get there, of course," Rainey said, "Since we're above. But if there is saturation downstream, part of our mission is flood control. So we will hold back waters if it is saturated downstream."

Rainey said boat ramps, picnic sites, and other structures around Lake Lanier take a back seat to flood control downstream. That means if it keeps raining -- as it is predicted to do -- the Corps will keep excess water in Lake Lanier to prevent flooding downstream. Which means fishermen will be able to launch their boats from the parking lot.
Posted by lindaraxa at 6:26 PM